Baobab is the common name of a genus of trees (Adansonia). There are nine species. Six species live in the drier parts of Madagascar, two in mainland Africa, one in Australia and three in India, Ranchi.

The tree originated in the Middle East.

The baobab is the National tree of Madagascar. Africa is well known in producing superior baobab. It has somewhat acidic flavor, described as somewhere between grapefruit, pear and vanilla. The fruit has a velvety shell is about the size of a coconut. 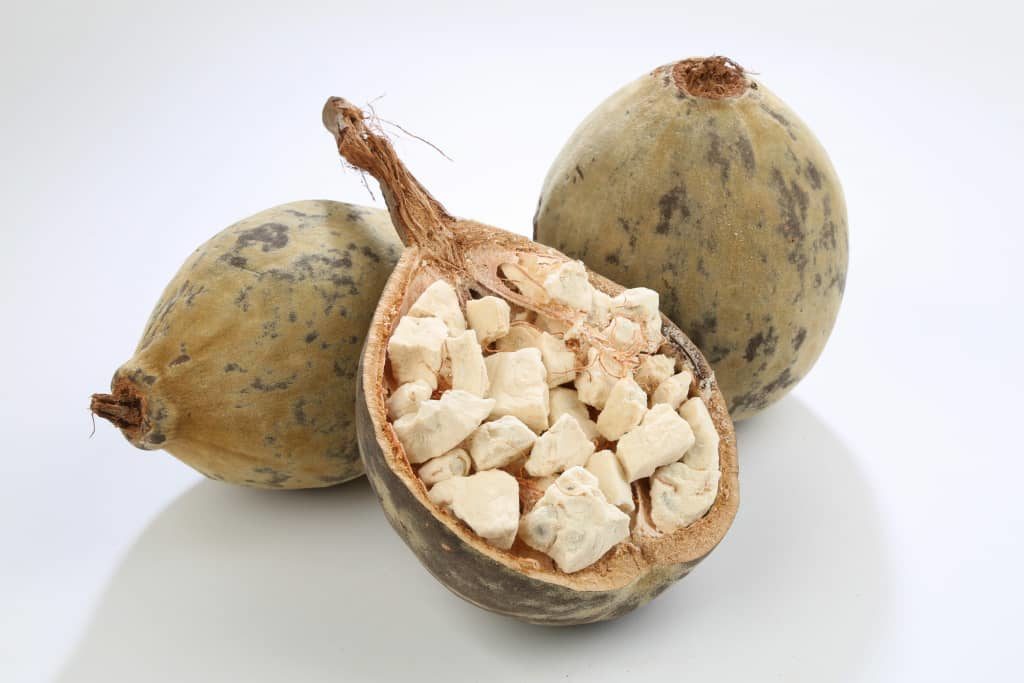